Focus on one business at a time 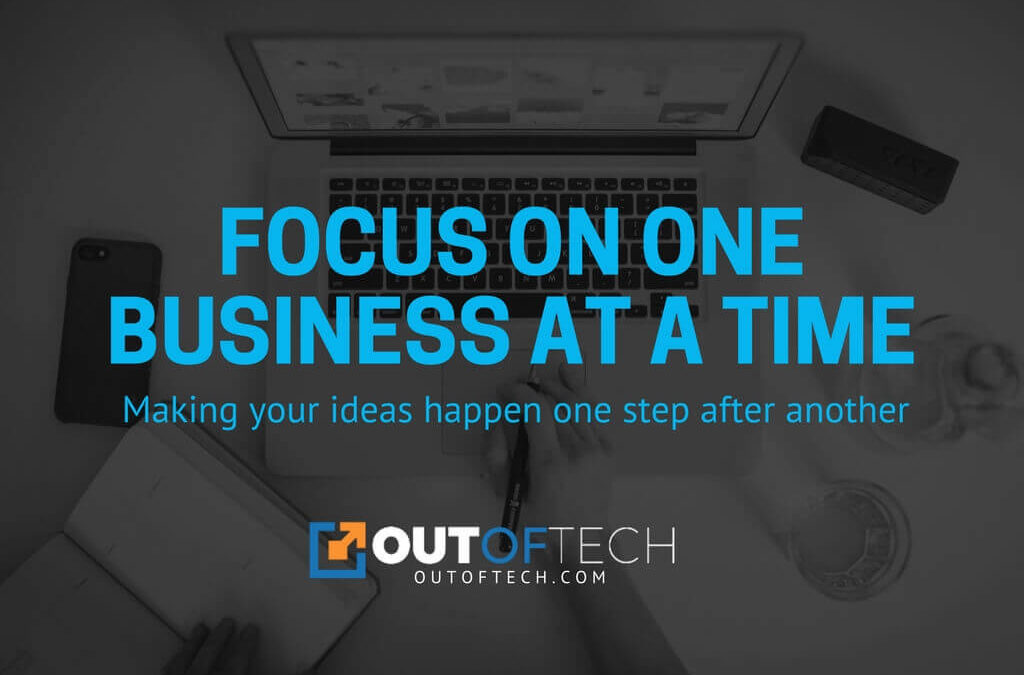 The startup founder is an entrepreneur by nature. That can mean having a natural eye for identifying the next opportunity or trend. While that trait can be beneficial, it can also lead to a founder losing focus and spreading their energies too thinly. In order to succeed, to be effective, a founder must put aside this innate ability and focus on one business at a time.

The risk a founder faces when they try to take on multiple businesses or diversified streams is a loss of focus. When you have five or 10 things on the go at any one time, it will take longer to finish even one of them. We all know that multitasking is a fallacy. What’s also important to understand is that working on multiple projects in parallel is a waste of time and money.

What makes startup founders unique is that they often have many ideas for potential products or businesses. The key is to begin with market intel, perhaps testing with a landing page, or even a Facebook or AdWords ad to determine which idea has the most potential. Rather than investing in all or some of your ideas, test to see which one may succeed, and then invest in that one idea and focus on making it something worthwhile.

This is not to say you should pick one project and stay with it forever. There are natural evolutions through which you will focus on one project and then move to another. The evolution may be because you have explored and used all of the market on a product; you have gone deep into the market, scaled, repeated, and you know you have gone as far as you can. Or perhaps the market turns out to be smaller than you imagined.

At this point, it is time to start over from scratch, to take a new risk and to tackle a new market. Or perhaps along the way, you took an opportunity to cross-sell, to find a partnership or affiliation for which you have developed new ideas through the knowledge you have gathered along the way. In this case, it may not be starting from scratch, but rather, launching in a new, complementary stream.

Not just a startup problem

The issue of diversifying, of losing focus, is not limited to startups. Look around – even large corporations can struggle when they stray from their focus. Apple is a good example of a company that has had success maintaining its focus. While the company may only possess a very small portion of the market share, they have a loyal following and a targeted audience they succeed in satisfying, time after time.

Microsoft is an example of a company that has had a huge impact on the marketplace, commands a large percentage of the consumer base, but is struggling in its efforts to diversify and to compete against companies like Google and Amazon in the cloud space. Even for this large player, diversification is a challenge.

I have personally seen the impact of trying to diversify and what it means in terms of loss of focus. My advice: focus on what you are best at and think twice before you jump into a new enterprise.

What is your focus for the coming months? Share your story below.