How blockchain can make your idea more innovative 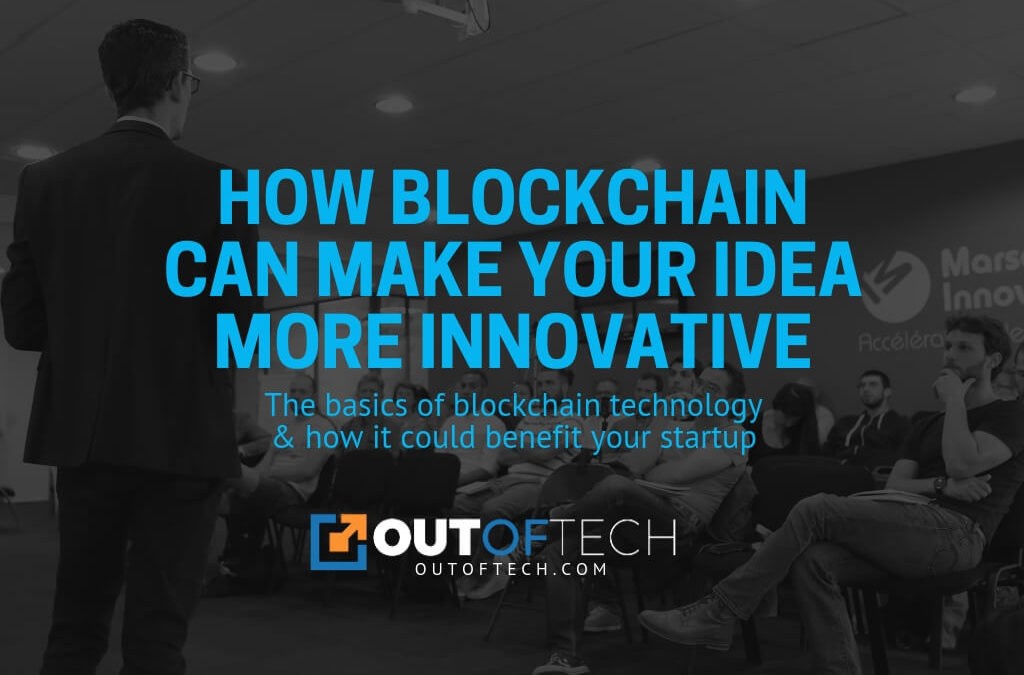 A lot of startups are looking into this option, most of them following a marketplace model where people can buy stuff from each other, and they just have to sign up to a website to get connected.

But the truth is, although it is useful, blockchain is not necessary to build a marketplace. Even so, a marketplace platform isn’t the only scenario where startups could benefit from the use of this technology.

Let’s talk about how using blockchain for your startup can give it the boost it needs.

There’s a lot of confusing information about blockchain on the Web, so I’m going to keep it short:

Blockchain is a way to process, store & permanently certify information.

As simple as that.

It’s decentralized, which means that the information won’t be stored in just one place, but many at the same time. This is also why it requires a network, since each participant will equal one of those “storage places”, better known as nodes.

Under the right conditions, it can be very secure and private—we’ll discuss that in a minute—and the information is impossible to tamper with.

The information handled with this technology is compartmentalized in something known as “blocks.” These blocks are copied and spread through a network. When a new block of information enters, it is immediately associated to the previous block, and gets sealed once the next block enters. That’s the “chain” part of it.

Every participant in the network—aka node—has its own copy of the chain, but usually part of the information is encrypted, and only participants that have access to the encryption key can actually see all of the information inside the block. In other words, if two people make a transaction, everyone in the network will have a copy of its existence, but only the two people that participated in it will have access to its details, making it private.

So the network, depending on the nature of the blockchain, might be able to see senders, recipients, amounts, or other components that might need to be corroborated by others in the future, but any sensitive information is protected.

The reason why it’s considered so secure is that if you ever want to change something, as small as it may be—let’s say a small piece of information in one of the blocks, or change the order between two blocks—you would have to change every block in the chain added thereafter, in every copy available.

Remember, blocks are immediately associated with those who came before and after them, and that order becomes coded into the block itself. So trying to pull off a scam by hacking/tampering with blockchain technology is virtually impossible.

How blockchain can improve startups

I think by now we’ve all heard that blockchain technology is popularly used in cryptocurrency; the reason being that if you take a bitcoin, for example, it can be traced back through every transaction ever made with it, to its point of origin. It’s almost like everything processed and stored in blockchain technology comes with its own certificate of authenticity.

This is potentially huge for startups. Think about it. What is a startup? Essentially, it’s a very young company, and the main competing factor with more “traditionally established” companies is that it’s very hard to trust something new, while it’s very easy to trust something familiar. This technology can help startups build a customer base by proving that they’re trustworthy, and that they’re not just hijacking funds for some evil master plan.

The tricky thing might be finding a time and place for it. The truth of the matter is once you have more than four people as customers, you could benefit from blockchain somehow. The startup I worked with last week has a concept that fits blockchain like a charm, but it’s not always going to be that obvious. You can certify transactions, inventions, statements, patents, etc. Keep in mind that most of the innovation in the startup field comes from new ways of using technologies, so this is just a new area to play with and take full advantage of.

How to set up a blockchain for your company

Building a blockchain is not that difficult, it’s more about choosing which network you’re going to rely on.

Public networks are very secure because you have millions of nodes, but it might take hours to copy and process information. Private blockchains are dedicated networks of computers that tend to be much smaller than public ones. Because there are less nodes, you get a better performance when adding new blocks.

These days, we have big companies that have their own blockchain, so what I advice startups to do is to buy access to these types of blockchain. They use high-quality servers and services, and also have the numbers to keep things secure.

Connecting to a public blockchain, like Ethereum for example, might be worth it for startups with low investments. But as soon as you grow, you’ll be less and less happy with the performance, and that’s where you should build and use your own blockchain.

I hope you found this article useful. You should understand by now the basics of blockchain technology and have an idea of how it could benefit your startup. Check out the other articles and the course the Best technologies for your startup to see how other innovative technologies could make a difference for your project.